John R. Anderson, PhD is the Director of the Office on AIDS at the American Psychological Association and a clinical psychologist who has conducted a private psychotherapy and case management practice in Washington, D.C. since 1986. He specializes in individual, couple, family, and hypnosis therapies for people living with, and people affected by, HIV/AIDS, cancer, and other chronic and life-threatening illnesses. The APA Office on AIDS provides information, training, and technical assistance on a wide range of HIV/AIDS-related topics associated with coping, mental health services, prevention, technology transfer, community collaboration, public policy, and ethics. Dr. Anderson’s primary area of research has focused on the relationships between hope, coping, adjustment, and health.

Leo Beletsky‘s background spans the fields of public health, law, communications, and comparative health systems. His specific interest is in advancing an evidence-based approach in the development of public policy that addresses community-level health and social problems. Drawing on a broad range of experience including informatics research at Harvard Medical School, cyberhealth and cultural competency programs at the New York Public Library, and organizational behavior work at the New York Academy of Medicine, he has also been involved in public health and health law-related projects in South America, the Caribbean and, most recently, in Eastern Europe. Prior to coming to Temple University School of Law as a consultant, together with Scott Burris Leo was a principal investigator on qualitative study at Brown University Medical School examining how harm reduction legislation impacts law enforcement professionals. A graduate of Vassar College and Oxford University with a degree in geography and a masters in public health from Brown University, he will be pursuing a JD starting in the fall of 2005. 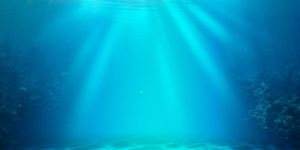 Dr. Yuanli Liu is Assistant Professor of International Health at Harvard School of Public Health and Director of the China Initiative. He has been teaching health financing and health system analysis at Harvard since 1994. In 2003 Harvard School of Public Health profiled six professors as “Future Leaders in Public Health”. Dr. Liu is one of them. He has conducted extensive studies on health system reforms in developing countries, particularly in China. Dr. Liu served as a coordinator of the Global Health Equity Initiative. He served on the United Nations Millennium Development Taskforce on HIV/AIDS, Malaria, TB, and Access to Basic Medicines. He served as a health policy and health system consultant to various international agencies including the World Bank, UNICEF, WHO, UNDP, and Asian Development Bank as well as Fortune 500 healthcare and pharmaceutical companies. Dr. Liu is also Vice-President of the China Foundation, Inc., a US-based non-profit organization.   Professor of Medicine and Director of the Program in Medical Ethics at UCSF. He is National Program Director for the Greenwall Faculty Scholars Program in Bioethics. He serves on the Recombinant DNA Advisory Committee at NIH, which reviews gene transfer protocols. He also serves on the Data and Safety Monitoring Committees for diabetes prevention trials and a HIV vaccine trial at NIAID. He is a member of the Ethics Working Group of the NIH-sponsored HIV Prevention Trials Network, which carries out clinical trials in developing countries. He is co-Director of the Policy and Ethics Core of the Center for AIDS Prevention Studies at UCSF, which provides technical advice and consultation to researchers carrying out clinical research, including research in resource-poor nations.